I’ve been living in France since September, so I’ve seen both UK and France releases this year, which means that this list is properly dodgy, as there are films that would usually be in next year’s list (like Parasite, which doesn’t come out till February in the UK).  To not lose any in-between films, I’ve kept it to 2019 releases in either France or the United Kingdom.

11. Once Upon a Time in Hollywood (Quentin Tarantino)

A skateboarding documentary, which like all the best documentaries it’s not really about the main subject matter.  The skateboarding acts as an aesthetic and a backdrop to stories on troubled youth, race, and toxic masculinity in places forgotten by the American establishment.  Where the film becomes something special is a gentle reveal of how much the director plays a part in the lives of the people on screen, and his own battles to get where he is now, thinking about the friends that made him.

This film is much higher on most people’s lists, and rightfully so, it is just about perfect.  I found love in other films from the year, however this is a masterful piece of work, even aside from the actual content of the movie.  It is a South Korean auteur picture that has managed to be marketed in the US, seen by huge audiences, which in itself is a hopeful thing.  The film is best seen without knowing a single thing about it, all you need to know is that you will be engrossed from start to finish.

Every year these lists are very personal, and the films that make it are usually ones that inspire me or shift my emotions in some way.  Claire Denis’ English language debut did both of those things, and it made me write THIS.

It is a space sex dungeon existential crisis orgasm and I fucking love it.

The depth of this film is quite outstanding, telling the story of an Austrian farmer who refuses to fight in World War Two.  It asks questions about faith, resistance and protest without recognition, leading to a moving experience, and a mature ending.  Unsurprisingly it is ridiculously well shot, with wonderful Austrian countryside vistas, in a peaceful and mechanical setting.  Valerie Pachner as the left-behind wife Fani is one of my favourite performances of the year.

A transcendent work of fiction that works like a great novel does.  For a while it is a sort of love triangle movie, building to a stunning central scene, where the film changes completely to a noir-esque thriller.  You can take multiple interpretations from it, and I always enjoy it when an artform questions itself through technique, and metaphor, not being too concrete.  Steven Yeun’s performance as a massive smarmy bastard is great fun, amongst a film with endless meaning.

It is amazing that Scorsese even got this made, and it shows that he is still one of the greats, managing to pull a story this vast together.  Robert De Niro carries the film right through to the bitter end, the crushing phone call scene at the peak of it.  Joe Pesci’s performance is remarkable considering he’s hardly worked for twenty years, finding a character presentation in this film that is higher than being a simple gangster tough guy.   The film winds down to a profoundly sad ending, where Scorsese offers an idea about dying without epiphany – creating all this and it means nothing! 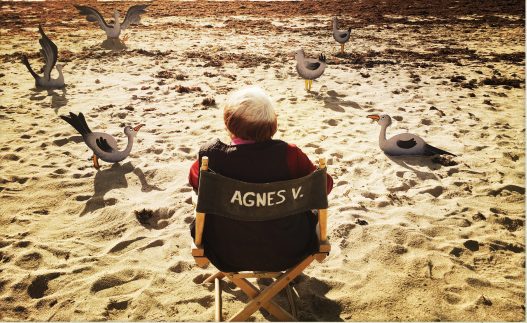 As a filmmaker and a human being Agnes Varda has given the world so much, and in this documentary, she reminds you of it all step by step.  She is giving lectures on her work, cutting to parts of her filmography, telling stories about her process.  The level of genius she has produced for the image and moving image is hard to comprehend, when you view the variety and sheer amount of work that she has done.  Every legendary artist should do this before they die. 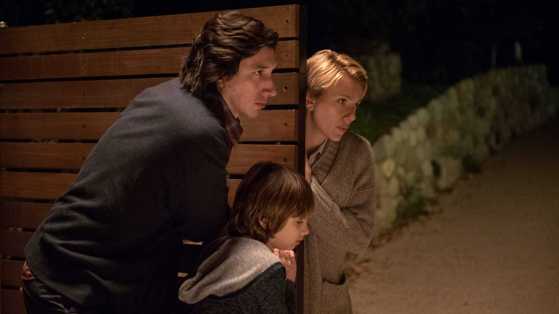 Again, perhaps another perfect movie.  Adam Driver and Scarlett Johannson disappear into these roles, moulding themselves around an excellent script that balances both sides of the argument in an honest way.  Johannson’s monologue on her initial meeting with divorce lawyer Laura Dern and Adam Driver singing ‘Being Alive’ are two of my favourite scenes of the year.

I’ve never quite a cinema experience like this, for a multitude of reasons, including my mental state and the person I was with.  Barry Jenkins is a sublime filmmaker, and this is a beautiful, heartbreaking adaptation of a James Baldwin novel that captures the essence of Baldwin’s writing.  The soundtrack from Nicholas Brittle is one of my favourites of all time, and I can’t listen to ‘agape’ without breaking down.  When the credits rolled, I was audibly blubbering.

One of the few things that I have written that isn’t actually bad HERE.

This is a special film.  An entrancing rhythmic symphony of storytelling.  A tactile, physical, romantic, loving experience.  Meta, and intelligent in its nods to the original author of the book.  Gerwig imagines the story in a baseline gorgeous way, then adds subtilties that raise it to interesting high art.  I was falling off the Timothee Chalamet bandwagon slightly, but after this film, I am firmly back on it, some of the things he does with his face! And Saoirse Ronan as well is unbelievably adorable, and relatable in a role that she brings so much life to.  It is one of those films that I did not want to end, and I will be watching it continuously in the foreseeable future.

Wrote something about the film HERE.