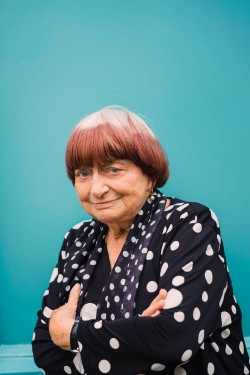 The first of two Agnes Varda films on this list, and truly a beautiful movie.  I will talk of my affection for Agnes later in this piece, for now, let’s focus on the film.  It is a categorically French documentary, blending soft reality techniques with staged narrative-driven set pieces, guiding us through small-town France meeting the people that actually live in this world.  Agnes and co-creator JR paste large photos on walls, building an adorable relationship, touching on aging, fame, art and the oh so sweet simple life that I am eternally jealous of.  The film is on Netflix, a French stroke of genius, that is incredibly watchable and universal right there waiting for everyone.

I have had a level of trepidation about watching The Elephant Man for a while, mostly out of fear, and films don’t scare me easily, but David Lynch does.  He is one of my favourite filmmakers, because of his attitude to the process and the allure of his personality rather than his actual output, so why was The Elephant Man so intimidating to me?  Perhaps due to the image of the disfigured man, that everyone has seen, or the inevitable dull melodrama that a story like this brings.  I was wrong on the second point, and in the end this film might be Lynch’s greatest achievement as an artist, pragmatically at least.  He took the predictable tale of an abused misfit taken in, cared for, and transformed, and made it into a magical experience that is as strange as it is uplifting.  Legendary film critic Pauline Kael praised the film because Lynch created something marvellous from a zilch script, and of course I agree, however I would not recommend watching this at 10am on a Tuesday, it was a teary morning.

I wrote a full review of this here, so I’ll keep it brief.  The film is a fishless aquarium, with a breathing ecosystem waiting for it.  Sign me up.  Take your well-rounded characters and structured plot and throw it away, give me the green plant wrapping around the throat of the unsuspecting audience.

It’s very hard to write this without being incredibly biased.  This documentary is about the 2009-2013 England cricket team, a side that was the best in the world for a short time, a side that gave a lot of their life away to get there.  If you are a cricket fan, you will enjoy the film, because it highlights what makes the game special.  I love cricket, and I love that particular era of English cricket even more, so obviously I was gripped throughout.  However, there is space for the non-cricket fan, with the film focusing on the mental toll that the sport takes on a player, showing what it takes to achieve greatness.  Director Barney Douglas does a good job of presenting the mind games and struggles that many of that team went through by going away from archive footage to shoot staged scenes with the actual players.  The film leaves a lot out, and it’s tight in its execution, working for the uninitiated as well as the fanatic.

Also available to rent on the BFI Player

Started with Agnes, and now finishing with her, as she ends her career by creating a retrospective of her own work.  The film is basically the legendary director talking to crowds about her output over the years, and the process, whilst she plays around a little.  What is instantly striking is her genius as a filmmaker, someone who was always messing with the form, trying a new thing with each film.  She is an artist who makes me happy and now that she is gone, this film will stay as a reminder for how wonderful she and her work was.  The sweetest parts of the film are when she talks of her late husband, another French filmmaking hero, Jacques Demy, a man who after decades is still the most important thing to her.  Her friendships and collaborations are also striking, showing that human interaction and love will never be beaten by a camera lens or the relentless passing of time. 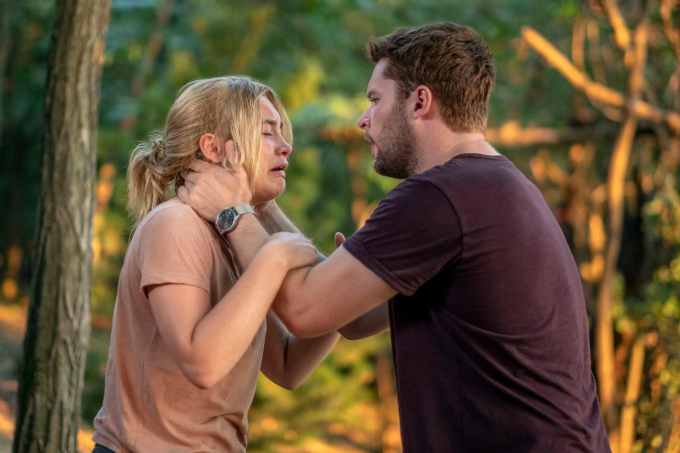 American director Ari Aster has followed up quickly to his debut feature Hereditary, a cultural and monetary success, making a profit of almost eight times its budget.  The film performed particularly well in the UK, generating around seven million, after being marketed as the scariest movie since The Exorcist (1973).  Of course, like the seventies classic, Hereditary’s scares were not its greatest attribute, yet the film was cruel, despairing and different to most mainstream horrors.  The film played to big, multiplex audiences and was somehow successful with them, so Aster got bankrolled to try it again.  With Midsommar, the world and Boris Johnson riddled Britain may not connect as tightly.

The film stars Florence Pugh as Dani, who begins the film worrying about her troubled sister whilst worrying about her boyfriend dumping her.  That boyfriend is Christian (Jack Reynor), a grad student struggling to find a thesis subject.  He is planning a trip with his friends to Sweden, to visit fellow student Pelle’s (Vilhelm Blomgren) isolate home community during a summer festival that only happens every ninety years, but Christian has not told Dani about the trip.  Due to a traumatic event early on in the film, Christian is forced to bring Dani along and they head to Halsingland, Sweden.  The trip is part academic, with one of Christian’s friends Josh (William Jackson Harper) doing his own Ph.D. on the commune.  It is soon apparent the strange activities of the community, and Dani begins to relive her trauma, whilst the others study the celebration.

The film opens bleakly, and before the trip to Europe, which is an interesting choice and it says something about what Aster was striving for.  It is common for a genre filmmaker to throw you right into the action, disregard what comes before, and after, to show the thrills of the main event without any baggage.  Aster decides to structure his films slightly different, by having relationship drama first, then a long moody build-up, then the main event, then catastrophic end.  His formula can be criticised because it feels almost like he has a deep set up, just to have an exclamation point resolution: sorrow, intrigue, flowers, MIDSOMMAR!   Aster has described Midsommar as a break – up movie, rather than a cult chiller, and perhaps the director could be running away from his own genre with this statement.  Aster does not have to be so pretentious in his estimations of his own work, sure there’s an impending break – up in there, but that’s not the film.  The film really isn’t anything, it’s a lot of good ideas expertly presented, that paints an intriguing surface.

It would be unfair to say that there is nothing beneath that surface, and in the time the film will be judged on its ideas of death and community, instead of break-ups and trauma.  The relationship between Dani and Christian is clearly flawed, and they are obviously a poor fit together, with the film being unambiguous in this.  Christian is impossibly absent of any actual care for Dani and his abrasiveness has made him a Twitter meme, which is surely not what Aster was aiming for if he wanted the pulling the apart of the two characters to be taken seriously.  That is the strength of the film, and why it is ultimately worthy amongst summer 2019’s abysmal cinema.  Midsommar throws away any attachments to message or plot about two-thirds of the way through, and honestly this was a breath of fresh air.  If you take the film as a total visual experience, which is a culmination of a collection of emotion transgressed through humour, stunning imagery, and shocking sights, you will be satisfied.  There is a sense of the levity to Midsommar and it has funny shots, and lines.  It would be wrong to label this film as a comedy, and it’s there to let the audience know that Aster’s aware it’s a bit bonkers too.  At least I hope he does.  The scariest part of the movie is when Christian effectively steals Josh’s thesis subject, and it’s a shame Aster didn’t explore it more.  And what do the cult believe?  That humans and nature are one presumably, life is a cycle of reliving through the environment around you.  Some subtly finally occurs in the climax, bizarrely and contradictory to what is happening in the frame, where questions are being asked on how far Dani has been enchanted by the cult, and how much control she has of her actions.  One thing that is picked at by Aster is the idea that Dani’s situation, and to a lesser extent Christian’s, is dictated by events out of their control that is epitomised by the peculiar routines and traditions of the community.

The performances in Midsommar line up with the direction.  Pugh is given the most to do, and apart from some over-zealous screaming she is convincing and brings strong ecstatic energy during a dancing competition scene, which is the highlight of the film.  She manages to be uplifting and curious, amongst the community that is instantly seen to be dangerous, remained worried whilst also being courteous, where the American boys are mocking.  Reynor is playing a one-sided character and only gets to do something different when his back is against the wall towards the end of the film.  Will Poulter is the non-academic snide member of the group, there for the comedy and to push Christian further into egotism.  The rest of the characters are fairly shallow, which ultimately isn’t a total flaw because of Asters show don’t tell eyes.  It’s hard to understand whether he is actually ‘telling’ something or only ‘showing’, however the film has a good balance between giving the actors space to breath and letting them get lost in the impressive cinematography.  And Aster uses the Swedish characters as pawns to hold the shot composition together, as much as they are there to frighten.

Midsommar has already made a million in the UK, showing some steam, but it may still prove to be a flop.  The film will struggle to utilise the word of mouth power that Hereditary got, considering the film has zero attempts to pander to a wide audience.  Aster has this weird higher standard to which critics hold him to, possibly due to his quick success or the way his films are marketed as cultural events, and the remarkability of his movie’s technical achievements are forgotten.  Without him, there would be no salvage in the mainstream from franchise, conglomerate studio shite, and so he deserves a little appreciation.

Yes.  Two and a half hours flew by, and it’s enjoyable whether you have the stomach for it or not.